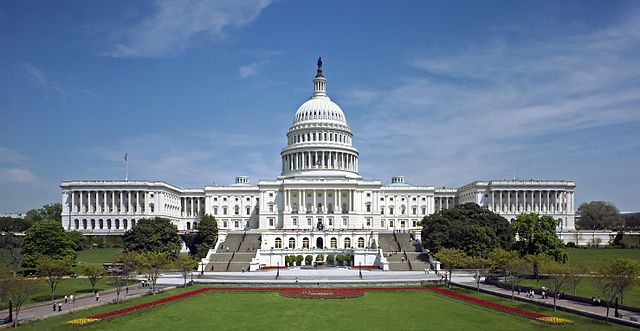 A U.S. Congressional committee announced it would investigate General Motors amid reports that its employees knew, as far back as 2004, of a defective ignition switch. The House Energy and Commerce Committee will delve into how GM and NHTSA initially responded to the ignition problem, and why they failed to act quickly when the issue was first reported over a decade ago. The day following the announcement by Congress, the U.S. attorney’s office in New York opened its own criminal investigation.

The National Highway Traffic Safety Administration (NHTSA) conducted several investigations into the problem back in 2005, but never ordered a recall. If Congress finds that GM didn’t act quickly enough, and obviously they didn’t, NHTSA can fine GM up to $35 million. Toyota paid $1.1 billion to settle the numerous lawsuits alleging “unintended acceleration” where their vehicle’s throttles jammed open. Automakers are required to report safety problems to NHTSA within five days of learning about them.

GM recalled 1.6 million vehicles in February because when the ignition switch is jostled, by either the driver bumping the keys or the key being stressed by the weight of having too many keys attached to it, the vehicle could quickly turn off the car’s engine which in turn disables the airbags.

GM put off the long-overdue recall until last month, despite knowing about the problem since 2001. In 2005, they put a Band-Aid on the problem by developing a plastic insert for the key head that would make the hole smaller, and by issuing service bulletins to dealers letting them know that customers should be advised to remove unnecessary items from the key chains. The insert could be provided to vehicle owners who complained about ignition shut-offs to GM’s dealerships. According to GM’s warranty records, fewer than 500 drivers complained about the problem and received the inserts.

In 2005, GM’s engineers proposed a redesign of the key head. GM approved the redesign, but then scrapped that plan and made a “business decision” to not order what they felt was only a partial fix to the problem. GM determined it would take too long to fix the defect, and it wasn’t cost effective to do so. How much would it have cost to fix the problem? According to the maker of the part in question, as reported by The Detroit News, the cost for the replacement part is between $2.00 to $5.00 and can be replaced in a matter of minutes.

What is GM Currently Doing to Fix the Ignition Problem?

GM will begin notifying U.S. owners when the parts are available and repairs can be made starting on April 7th. Dealers will replace the ignition switches for free. Until then, it is warning owners to remove all items from their key rings, including key fobs if applicable. Only the vehicle key should be left on the ring.

In addition, GM has authorized U.S. dealers to give any owner of a car covered in the recall a $500.00 cash allowance to buy or lease a new GM product. The allowance is available through April 30 and can be used on a new 2013, 2014, or 2015 model year Chevrolet, Buick, GMC or Cadillac vehicle.

GM recalls another 1.5 million vehicles, to take $300 million charge
From Yahoo Finance: “GM also said it is recalling more than 1.5 million newer sport utility vehicles, luxury sedans and full-size vans in three separate recalls. While there were reports of engine compartment fires in two dealer-owned Cadillac XTS sedans, the company said it has received no reports of accidents or injuries related to the three new recalls.”

GM Now Says It Detected Ignition Switch Problem Back in 2001
From The Wall Street Journal: “General Motors Co. said late Wednesday it knew of faulty ignition switches dating back as early as 2001—three years earlier than previously reported—and has yet to determine the full scope of the problem.”

2009 Bankruptcy Could Shield GM From Ignition Switch Recall Lawsuits
From GMauthority.com: “General Motors seems to have found legal protection from possible lawsuits from consumers. The shield involves the “Old GM” and the “New GM” that emerged from the 2009 bankruptcy.”